COVID-19 RESPONSE - We are committed to supporting our scientific community during this pandemic. Learn more

Bacterial screening is a popular method used for detecting recombinant bacteria in vector-based molecular cloning. It can also be used to measure specific protein expression and activity. By being able to screen a variety of fluorescence wavelengths, the QPix™ 400 series of microbial colony pickers increase the possible fluorescent detection combinations in bacterial assays.

In this application note, we demonstrate how to create filter-pairings in order to screen for various fluorescent bacteria using the QPix system.

The pFluoroGreen and pFluoroBlue plasmids carrying the ampicillin resistance gene from Edvotek were used to transform chemically competent E. coli and grown on LB-amp plates. E. coli expressing RFP and the ampicillin resistance gene were acquired from the Keasling Lab of Lawrence Berkley National Lab (Figure 1). Different combinations of the fluorescence bacteria were plated onto LB-amp plates and incubated at 37°C overnight.

Figure 1. Plasmid maps of for the fluorescent screening. The pBbE5a-RFP was obtained from the Keasling Lab at the Lawrence Berkeley National labs. The pFluoroBlue and pFluoroGreen plasmids were obtained from the EdvoTek Biotechnology Education Company (plasmid maps courtesy of Keasling Lab at Lawrence Berkeley National Lab and EdvoTek, www.edvotek.com).

Bacterial colonies were imaged in white light and subsequently screened using various filter combinations shown in Table 1 and the “white light and fluorescent imaging feature” on the QPix 420 system. Users have options to select clones based on their size, morphology, and fluorescence intensity, thereby allowing researchers to enhance their ability to select desirable clones.

There is an increasing need for the ability to screen for multiple fluorescent bacteria in a single culture. By utilizing the QPix 420 system’s different filters, one can fulfill this need through the use of intricate fluorescent screening assays. Additionally, the software allows users to select for the highest-expressing (most fluorescent) bacteria for future downstream experiments. 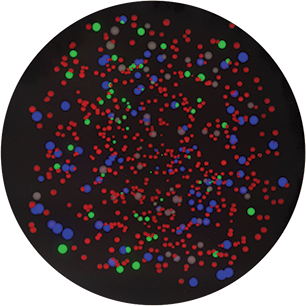 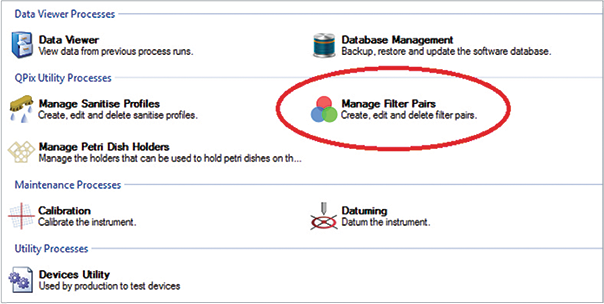 Figure 4. Instructions on how to set up the fluorescent filter.